I was born and grew up in Africa, in a Christian missionary family. Growing up, I could give all the right answers in Sunday School, I knew about God and that Jesus died for sin. I also remember from a young age wanting to be a ‘missionary doctor’, even though I didn’t know what ‘missionary’ really meant at the time.
God gradually drew me to Himself, to know Him personally. I realised over time that I believed for myself that what the Bible says is true, not just because my parents told me so, and that God loves me and Jesus died for my sin. When I was about 16, God spoke to my heart through the sermon at the Easter sunrise service, saying, “You don’t know when you became My child, but you know that you are My child, so be baptised.” So, I was baptised in the following November when Pastor Wyn Hughes came out to visit us in the Horn of Africa.

This call to mission from childhood was confirmed in various ways over the years, and I had a growing desire to serve God in mission abroad. I thought I would be a missionary in the medical field like my parents, I wanted to be a missionary doctor in Africa, but though I applied multiple times for medical school, I didn’t get in. Looking back, I can see that it was the right path but not the ultimate destination intended by God.
I took a gap year after school, during which I went to serve with Mercy Ships in Liberia for 7 months. While serving on the Mercy Ship, through prayer and Bible readings and friends, I felt God confirm my call to mission to the nations. A passage that stood out to me as my call to mission was Isaiah 12:4-5 “In that day you will say: ‘Give praise to the LORD, proclaim His name; make known among the nations what He has done, and proclaim that His name is exalted. Sing to the LORD, for He has done glorious things; let this be known to all the world.”

After that, God brought me to Cardiff to study Medical Pharmacology. While studying I was involved with International Student Ministry through the Cardiff University Christian Union, as well as through Open House (OH) here at Heath Church, becoming more and more involved with OH. During the time on the ship, the Lord had laid the idea of teaching on my heart, which led me to do PhD after my bachelors.

When I came to the end of my studies, as I was considering the next step, I went to a careers event at the university. There was a guy there who was very enthusiastic about his job (which was not at all interesting to me) who said, “Find out what you love doing and do that!” That weekend, we had a weekend away for International students with OH. When I got back from that weekend away, I realised “This is what I love doing!”, having a strong, overwhelming sense that God was calling me specifically to be involved in student discipleship full time. So, God used a random guy’s comment to put me on a different path to what I had been looking at. I felt that direct teaching and discipling of students rather than medical work was what God was calling me to.

Volunteering with a student ministry for a year or two seemed the natural and right thing to do. I prayed about it and wrote to different organisations that work in student ministry, asking if they had a training programme for mission and evangelism. Two of them said “Our deadline has passed, come back next year.” IFES InterAction, which sends workers to serve student movements across Europe, said, “The deadline has passed, but if you apply by the end of the month we will take you.” (This was a German lady!). Through that application process, God guided me to go to Cyprus to serve with Cyprus Christian Student Fellowship (CSF, formerly CYFES), along with Gabi from Portugal, whom many of you know.

Ministry with students, in particular, has proven to be an especially strategic time in a person’s life to be influenced by the Gospel. Students are asking questions and forming their worldviews. It is therefore a unique opportunity to shape them for the kingdom of God; developing the future leaders of the church and society, and growing a lifelong vision of mission and evangelism going beyond the university.

Cyprus CSF is a young, pioneering student ministry. Gabi and I have been there for six years now. Although I initially thought I might be in Cyprus for one or two years, I have realised there is a need for longer-term continuity to move Cyprus CSF forward and to continue to build a locally sustainable movement.

A lot has happened over the past six years, and significant steps have been taken in establishing this student movement. The national board of Cyprus CSF was formed, and they have received governance training and elected a chairman of the board. Cyprus CSF has recently completed registering as an association in Cyprus in order to be able to hire a general secretary and staff, and to raise and receive funds. The board have a vision for the growth of the movement to have Christian student groups in different universities and cities across the island, and to build partnerships with local churches to support this ministry.

There are currently six Christian student groups in Cyprus CSF, both in the Turkish North and in the Greek South. The focus of the ministry is investing in students, both locals and internationals, to build missional communities, in particular discipling the student leaders of these groups who will in turn disciple others. It was wonderful to be able to send some of these leaders to international conferences where they could be encouraged in a global vision of evangelism and receive teaching and tools that they can implement in the groups back in Cyprus. 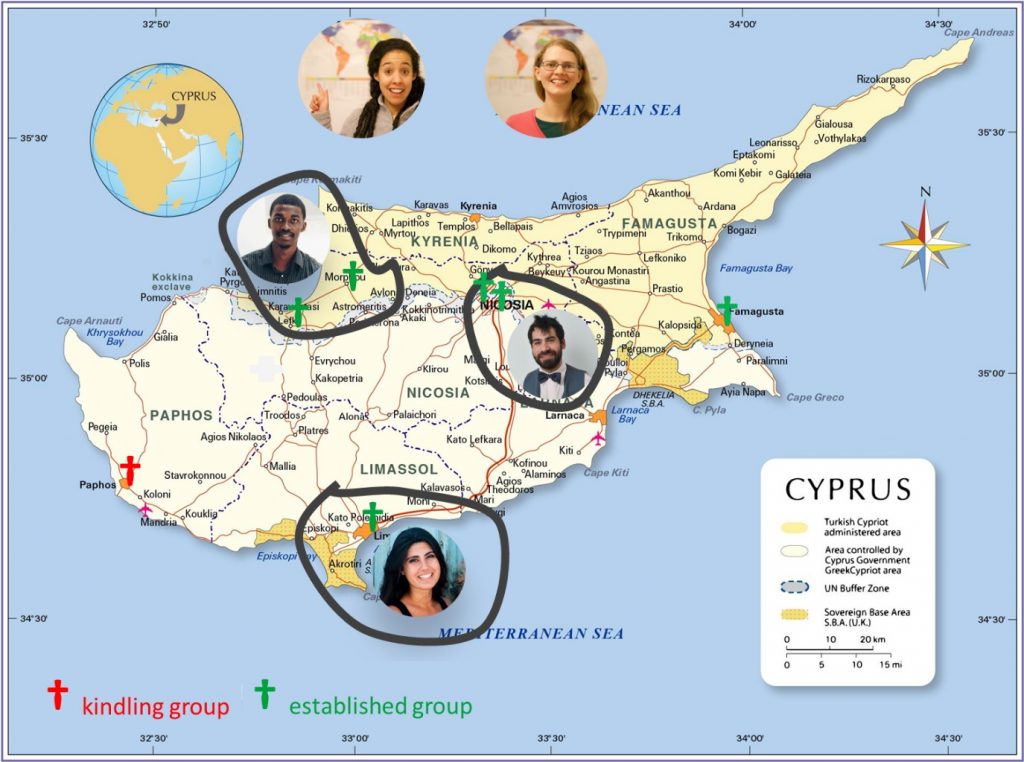 It is a joy to see how far they have come in these years, and I look forward to continuing to support their development in this way.

At this point in time, I still feel a calling to work directly with students in evangelism and discipleship, in both sharing the good news and in training students to share the good news about Jesus. I believe God is leading me to stay in Cyprus to continue the work of building the student movement there, for the foreseeable future.
Staying in Cyprus would provide stability at a time where this is important for the continuation of the ministry there, and Gabi and I will continue to disciple and coach the other staff, volunteers and the student leaders of the groups, as well as supporting the board in the work needed towards establishing Cyprus CSF as an organisation. The aim is to help Cyprus CSF to be fully established and affiliated as a student movement in IFES Europe, get national staff to give continuity to our work, as well as a general secretary. This is an exciting time to be involved with the ministry there!

God has indeed given me the desires of my heart, though not as I expected - I am a doctor and a missionary, serving the nations through student ministry in Cyprus, many of whom are African. I look forward to seeing what else the Lord has in store for me, and thank you for your partnership in the gospel with me.

This church has been a family to me, welcoming me with warmth and hospitality, and supporting me in prayer and financially for many years now.

Other than regular or one-off donations, you can now support Gabi and I by buying cards that we have designed together and printed, using photos Gabi has taken and pictures Alice has drawn. They are A6 (10x15cm) and blank on the inside, with a white envelope. ?To order some cards from us, let us know how many of which cards you would like, and how much you would like to donate per card (suggested donation £1-£2 per card). We will then send you an invoice and a link to make the payment before items are dispatched. 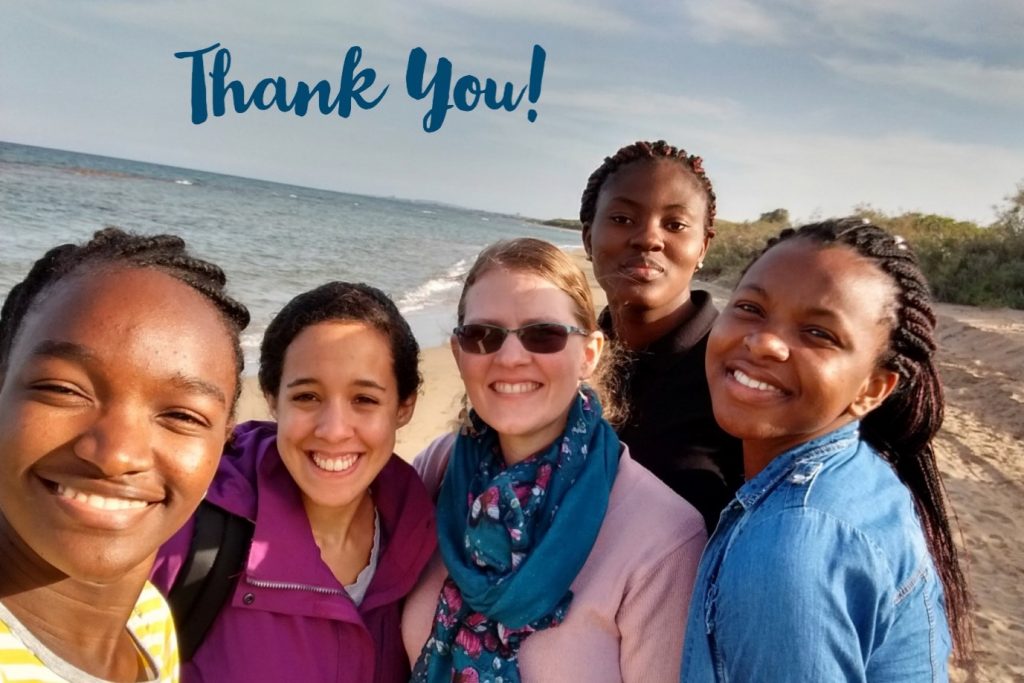